As a designer, it is important for me to be willing to use the products/services that I design. Case in point as you saw with the Plume project, I will design cigar branding but will not touch cigarette branding, both of which are a moot point in Canada. Speaking of moot points, I have no issue designing labels and advertisements for poppers, an inhalant used to facilitate sexual activity primarily but not exclusively by gay men/AMAB people.
When the head of Best Solvents hired me to design for his three initial lines, I jumped at the chance. After all, I am an openly queer designer and this is designing for part of my community.

The first label, Key Hole, has a 1970s motif in colour and visual style as a reference to that era of design and the concept of a key party.
Keeping in touch with the retro feel, 2 ads were developed based on ads from the 1960s and 70s. 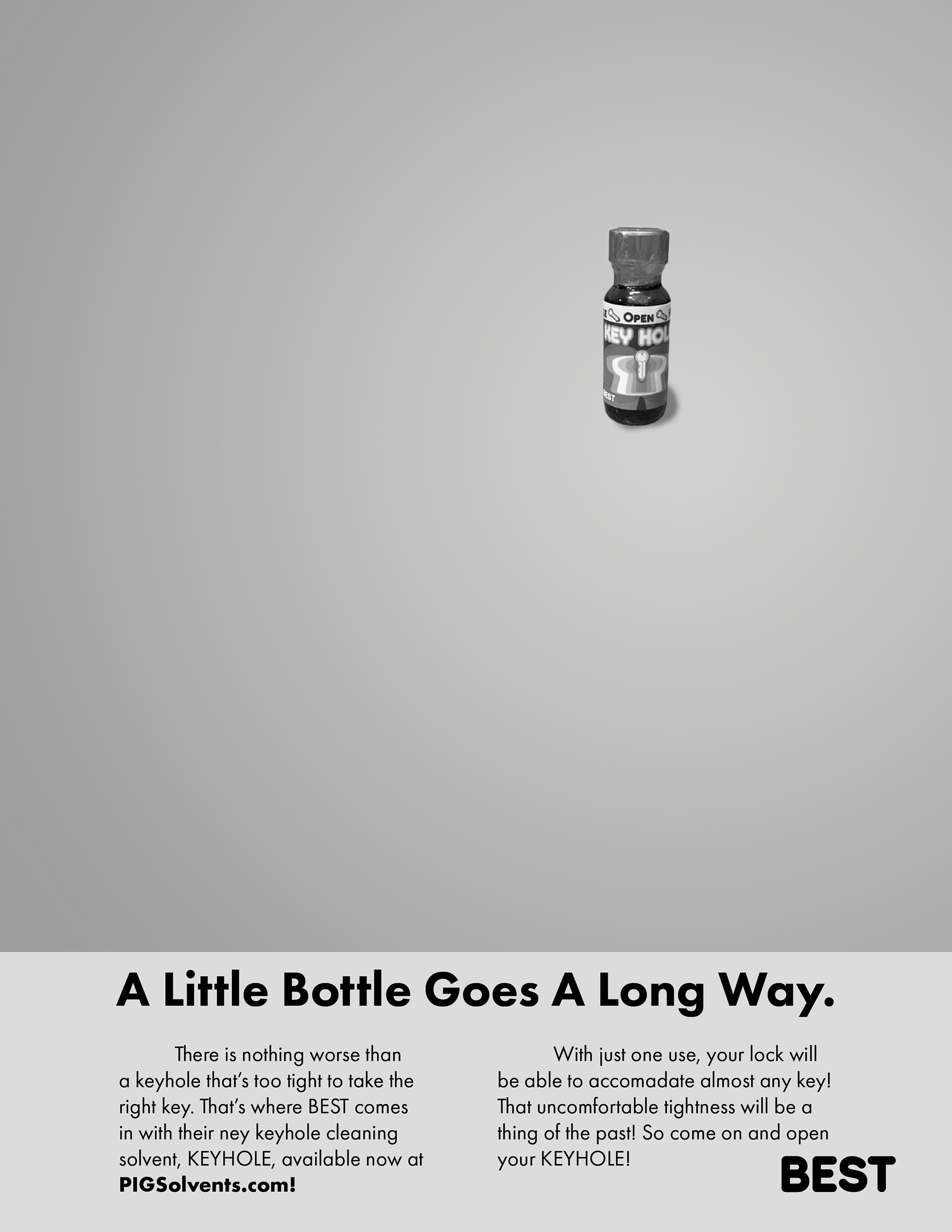 An ad for Key Hole that parodies a classic car ad 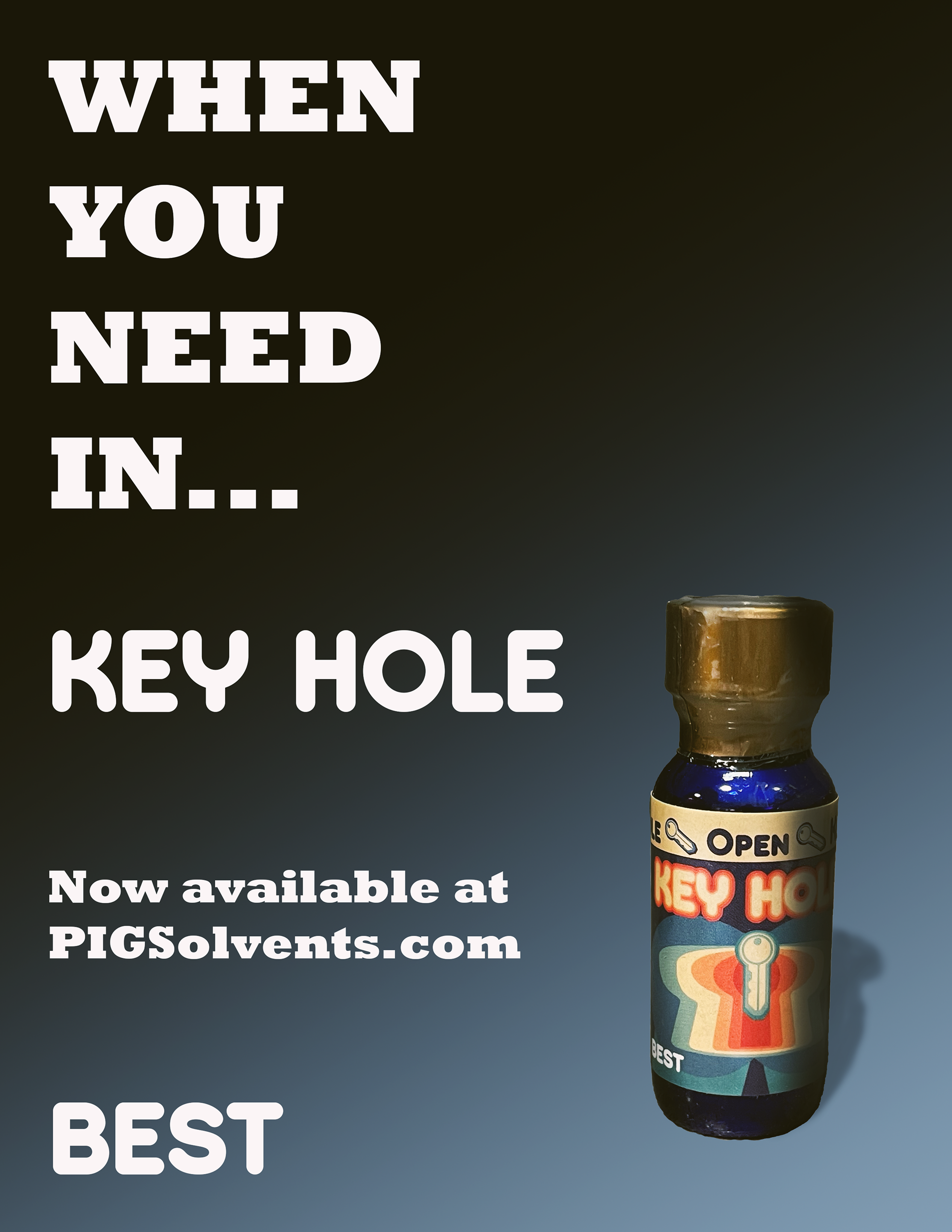 Deep is a label for heavier play. The image is a reference to the use of hypnosis by the kink community. The typeface is one of my own design called BDA 2HB.
The head of Best/Pig Solvents/2Guys also hosts events and I created simple motion advertisements for Key Hole and Deep. The Deep ad continues the spiral motif.