Objective: This project is a personal project as part of a larger series called Project d20/6/4 where 3 polyhedral dice determine the industry, business, and type of project. This was developed as a means to bolster my portfolio and I will gladly share it with anyone who would like to do the same.
This roll was 3/2/2. Toys and games/Dolls and figures/Packaging.
One of the big challenges with this project as a whole, especially with products like this, is determining what the product itself is going to be. However, as a 41 year old ADHD addled nerd with hoarding tendencies, I have a good well to draw from. Instead of a cardboard back to a nebulous action figure, or the complicated netting of a boxed stuffed animal, I decided to go with a simple yet effective box design typically used for gunpla, or model robots based on anime properties, most notably the Gundam series. But how do you make a Gunpla that isn't one?
Let's go to the mood board.

As you can see, there is a focus on toys, toy packaging, and simple packaging that focuses on kraft paper. The toys aren't just limited to giant robots though, given the color changing toys shown that are typically marketed to young girls.
Going by my personal experiences being stopped in my tracks due to losing tiny yet vital pieces, having the limbs already articulated and then put on the racks may take away from the modeling accomplishment but it means not losing $40. This may seem lazy but it makes parts interchangable, even when the colors are different.
But why would that matter? Well, if there is one strong trend in the toy market, it's that everyone loves a reveal. Thanks to world famous drag queen with a passion for makeup artistry and more Barbies than god itself Trixie Mattel, I learned about the color reveal dolls that show color, makeup, and hair after soaking in water. The idea is the color of these Mechs is a mystery, and someone could create wherever mech they want by collecting, revealing, and putting them together.
Thus, Mystery Mechs was born!
With the toy decided, what will the package be? Most packaging for models like this includes a dynamic painting of the respective unit in action. It is not a stretch of the imagination to say that toys like this in Western society are considered boy-coded. My goal was to create something that would get a different kind of attention and show a different appeal. Instead of space battles and destruction seen often on these packages, I focused on the original inspiration for this project and opted for construction. I looked at the plastic racks the parts come on with actual Gunpla models and used that instead for the background, opting for a halftone on flat shapes to give the idea. The foreground would be a much more solid example of a Mystery Mech and the logo. 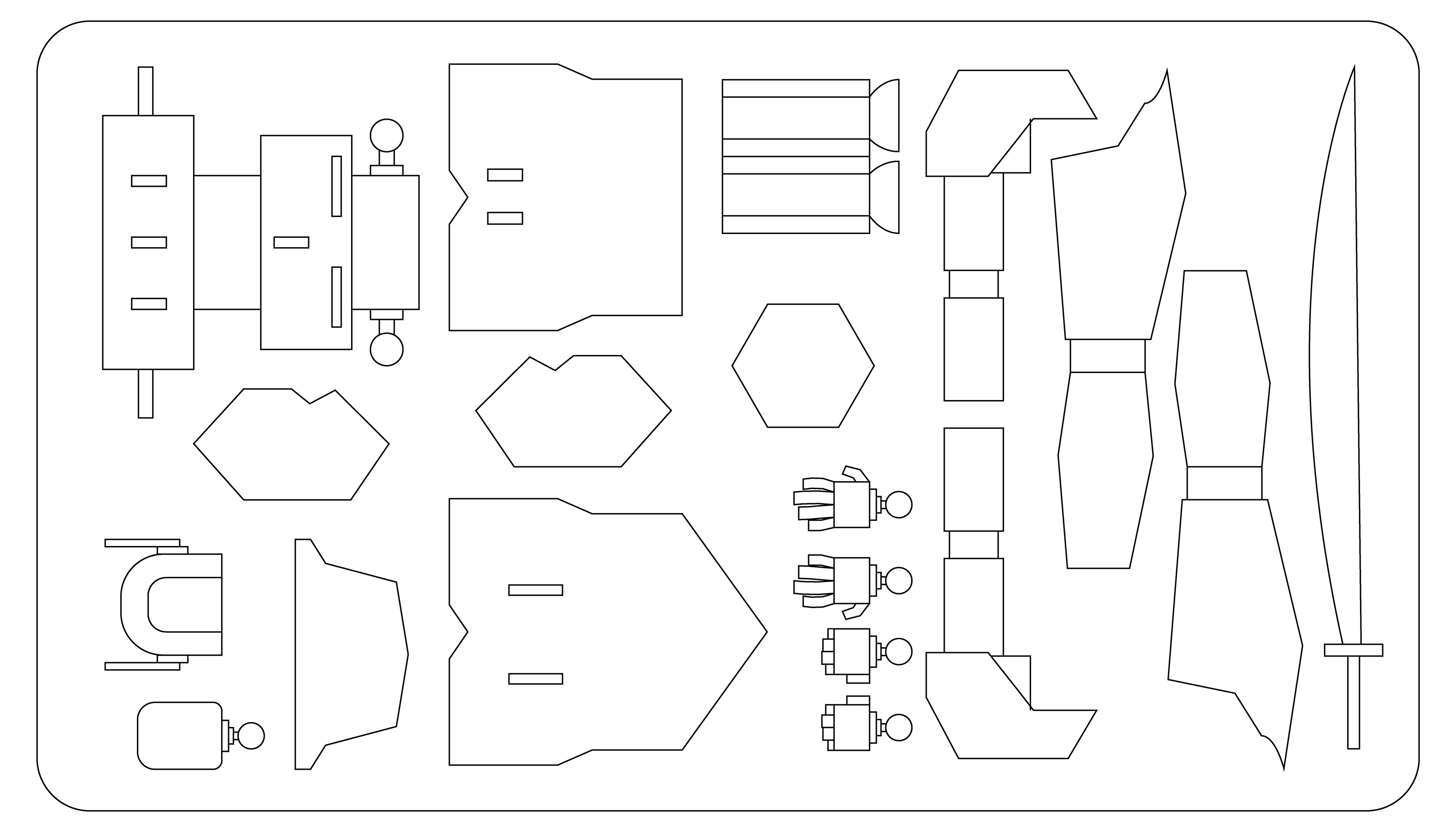 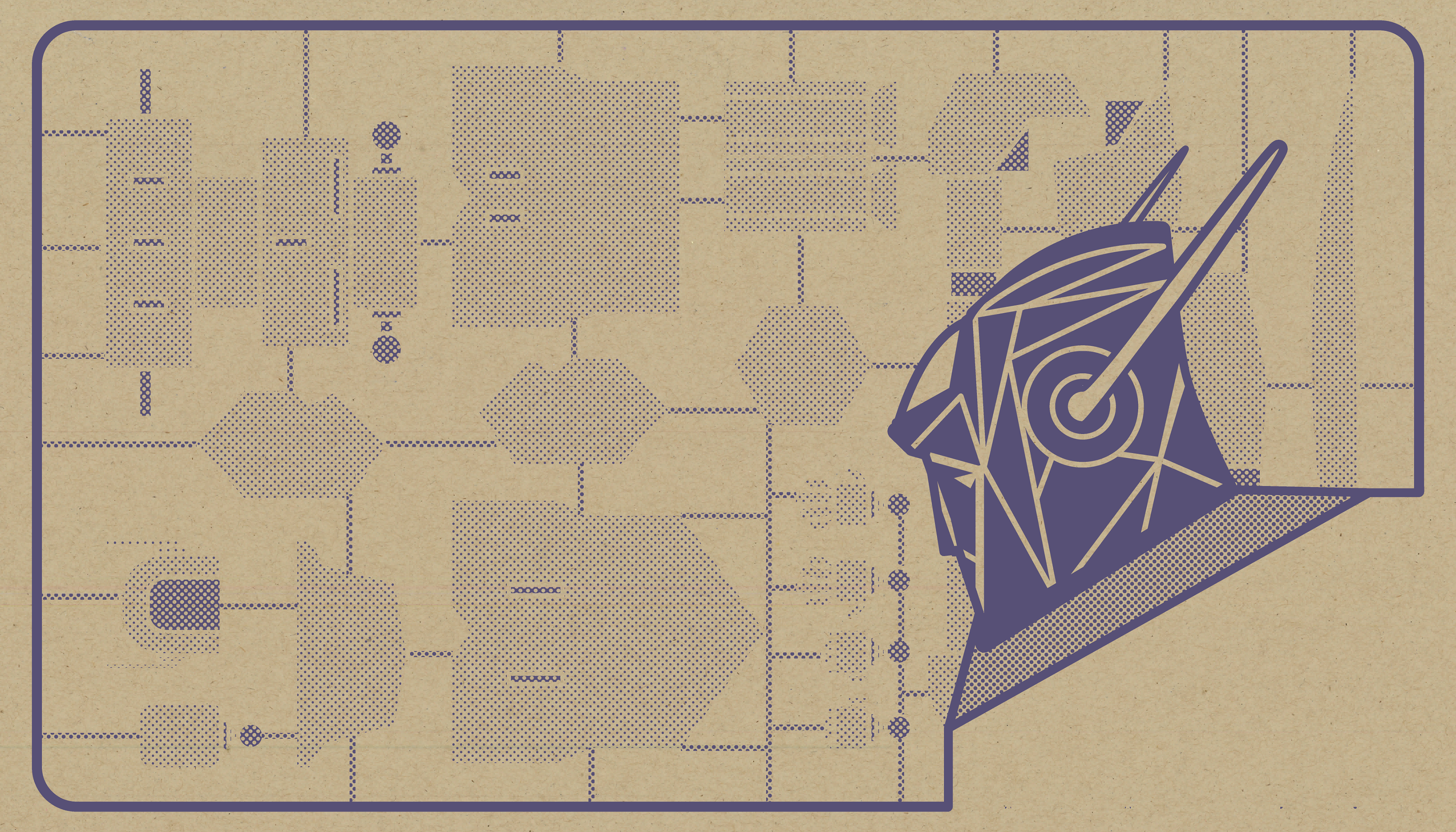 For the sides, There are more logos, as well as offers for accessories like a stand and a painting and customization set.
The type family for the logo and all of the text on the box is Silka by Atipro Foundry. It is a versatile sans serif family that works well for both display and body text, which is great for clarity for the warnings on the front and side of the box.
Going back to the moodboard, one thing that was taken into consideration was the substrate for the final print. The initial print tests were on a darker brown kraft paper, and initially in a darker violet, going gender neutral. Ultimately, due to needing a better contrast, and current ink available, black was selected for the prototype boxes.

The box netting is very simple. The measurements for the full scale would be 14 inches by 8 inches for the face, with 3 and a half inch sides for the visible box top, and a very slightly smaller version for the bottom to fit under with little to know issue. The prototypes were scaled down to fit on letter sized paper and cut and glued to fit properly.

Using white, light blue, and darker blue backgrounds, as well as available light sources, the printed sides of the boxes each received a moment of focus.
Not to take away from the original kits at all, this idea, however, speaks to a modern sensibility that opens this space up a bit more based on one's ability. By adding the color element, it introduces a whole new level of engagement and the offered customization kit still gives an option of control. The packaging sews the seeds of construction and there is no mystery on how effective that is.